Geographical position:
Ivano-Frankivsk is located in the south-west of Ukraine. The regional center is located at the intersection of two Bystrytsias, named: Bystrytsia Solotvynska and Bystrytsia Nadvirnianska

Stanislaviv’s (Ivano-Frankivsk) blacksmith’s trade has ancient roots, as it developed for a long time on the basis of guild craft traditions of the Galician land of the XV-XVIII centuries.

During the founding of Stanislaviv (1662) and the granting of Magdeburg law, in the nearest trade and craft centers of that time, blacksmithing already had a place of honor among other crafts. Then in Stanislaviv, several craft shops were founded, the development of which was facilitated by the owners of the city. In 1709, 48 families of craftsmen of nineteen specialties lived in the city, including 5 blacksmiths.

In 1729, Józef Potocki granted a privilege to the guild workers of the city for the development of handicrafts. In the Austrian period, from 1772 Stanislaviv became a craft and trade center of the region. Thus, in 1847 there were 10 craft shops in the city.

The oldest examples of architectural metal in the historic buildings of Ivano-Frankivsk, which have survived to our time, belong to the first quarter of the nineteenth century. These are vivid examples of decor made by the casting and forging technique on houses №4 on the Bachynskyi Street (the 1870s), №10 on Hetman Mazepa Street (1896), №17 on the same Street (1880), and №1 on Vichevyi Maidan, etc. For the most part, the architectural details of balcony fences, gates, and basement window grilles have been preserved.

In the 19th century, the introduction of craft schools, a separate specialized craft school for blacksmiths, began in Stanislaviv. In 1883, a two-class craft school was founded. The process of educating a professional worker, including a blacksmith, lasted here for almost the entire twentieth century.

In 2003, the Blacksmiths’ Festival was launched for the first time, and since then it has been held annually as part of the City Day celebrations. It was then that the principle of “creating a masterpiece” was born – the collective work of all participants of the festival. Every year, blacksmiths from different countries and parts of the world leave a memory – a gift to the city and its guests – a forged sculpture.

In the summer of 2009, Ivano-Frankivsk joined the international association “The Ring of the European Cities of Iron Works”.

“Here in Ivano-Frankivsk blacksmithing is treated not as a craft, but as an art. Contemporary art”, – says Serhii Polubotko, chairman of the Ukrainian Union of Blacksmith Masters, one of the organizers of the international Blacksmiths festival in Ivano-Frankivsk.

Ivano-Frankivsk has been a member of the Iron Ring since 2009.

A crisp video giving an insight into the blacksmith festival Sviato Kovaliv of Ivano-Frankivsk. 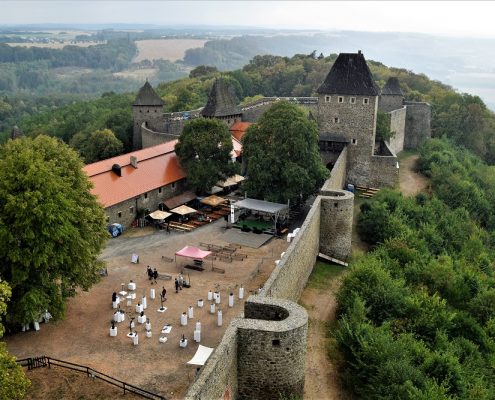