In an official document of 1355 only two blacksmiths are mentioned, but around 1400 more blacksmiths seem to have settled in our area, so that the trade quickly started to flourish. The geographical proximity to the Erzberg („Iron Ore Mountain“), the water resources of our streams and the abundance of wood provided by our forests have certainly contributed to this boom. In 1437 the blacksmiths of the „old imperial workshop“ Ybbsitz are officially granted the right to get iron from the state-owned stocks in Eisenerz (town below the Erzberg).

The boom of the blacksmithing trade may have been the reason why Ybbsitz was officially declared a „market community“ in 1480. In 1572 a number of 69 privileged master blacksmiths can be found in Ybbsitz – plus another 90 master blacksmiths specialised in making pans and drills and who did not enjoy imperial privileges. Their products were exported to all parts of the Austrian empire (like Bohemia, Moravia, and Trieste), but also to Germany, Prussia, Italy (particularly Venice), Poland, Russia as well as along the Danube to the Balkans and the Middle East.

Today Ybbsitz is home to metal-processing companies that trace their roots back to the former hammermills and blacksmiths’, with a worldwide reputation. The old traditions have been revived since the foundation of the association „Eisenstraße Niederösterreich“ in 1990. Thus Ybbsitz can proudly claim to have become a „living metal workshop“ again.

In 2010, the element “schmieden in Ybbsitz“ (“forging in Ybbsitz”) was taken to the UNESCO national list of intangible cultural heritage.

Forging in Ybbsitz is an immanent part of the tradition of the entire town. Not only the economic aspect, which has brought financial prosperity to the inhabitants over the centuries, but also the cultural aspect, which is manifested by a variety of festivities directly related to forging, point to the importance of this craft for Ybbsitz. such as the “Schmiedeweihnacht”, a Christmas market with a focus on the blacksmith’s craft and the Ferraculum, a festival of the international blacksmith community. The townscape of Ybbsitz is also characterized by old, as well as by new, avant-garde blacksmith operas. After all, the blacksmith craft has also been manifested in the language of the Ybbsites, and there are many proverbs and sayings connected with forging, which are no longer understood in the neighboring communities of Ybbsitz.
In addition to the handing over of the handicraft within the individual families, an increasing emphasis is placed on passing the blacksmith work to young people in a different way. For example, there are special courses at the main school in Ybbsitz where students can learn the basic techniques of forging. Likewise, in the case of metalworking in the local businesses, attention is paid to the fact that the forging plays an important part in the training of apprentices. [https://www.unesco.at/  2017]

The FeRRUM-team is ready to welcome and inform you!

Ybbsitz and Eisenstraße Niederösterreich were among the proponents and a founding member of the association Ring of the European Cities of Iron Works in 2001. From 2001 to 2010 mayor Josef Hofmarcher was the president of the Ring. 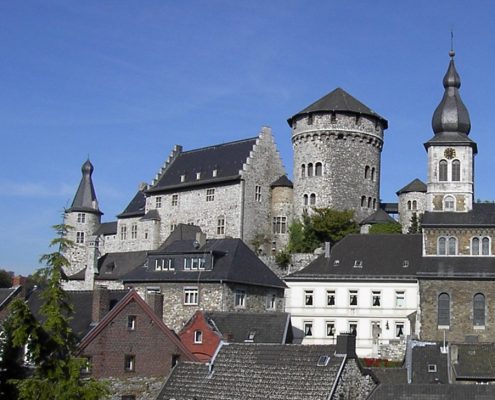